There is a new  book about Sogyal Lakar about sex and violence in his organization Rigpa. The book is called: ‘Sex and violence in Tibetan Buddhism. The rise and fall of Sogyal Rinpoche;. Written by Mary Funnigan and Rob Hogendoorn. It discloses the cruelties and serious sexual misbehavior of Sogyal Lakar. The reason I post this on my blog is that, like in many other cults sex and violence are dominantly present. Its seems that in name of the Dharma people get mesmerized and think because of their ignorance about the teachings that its part of the training. Like having a sexual relationship with your lama will help you to attain enlightenment and breaking away from him (In Tibetan Buddhism woman have no rights at all), will breaking the ‘Samaya’ (spiritual bond between you and your lama)  what means that one cause bad karma to yourself and you family. We see this back in Christian and other  cults as well. Showing how one gets tortured in hell.

The West is a place to exploit and the so called West have no idea what spirituality is about the common attitude of those lama’s. Actually they never have explored the esoteric traditions we have in the West like Hermetism, Rosicrucianism, the Gnostics etc etc. The Western  people ignorant of this think we don’t have a tradition here and all those enlightened lamas from Tibet know what they talk about. The West has what they like to have the most, money, technology, are open when it comes to sexuality. So that is really a good starting point from those so called lama’s. Haven’t you never noticed that those people wearing golden watches? Are driven in expensive cars? The West is truley  a milk cow.

Me myself was involved in Rigpa for a couple of years (2004-2006) and I saw the culture of fear, the blind faith in Lakar. When he gave teachings I saw how many prominent members were so stressed and afraid something will go wrong. We saw it happening in Amsterdam where the inner circle of students were a hermetically sealed group of people. Open minded? Compassionate? Where are the teachings? Where is the tranquil state of mind? Where is the application of the dhrama I  thought very often. When I started with Rigpa I thought he was indeed authentic. I did two retreats in France. I fell in this pitfall as well. Nevertheless I learned how to meditate and this was my only benefit. Nevertheless I learned a lot from it. And learned how its not working. The lama beats you up, rape, drain your resources  etc. But its because one should break through thought habits and patterns. It opens the way to enlightenment!  What about his patterns? His ego?

One should really read this book and its not something that stands on its own. From this moment on and in the future it still happens. Even ‘Rigpa’ his organization have removed the old board members, have taken rules to avoid all this misbehaving’s but still use the teachings from Sogyal! Actually see him as a genuine master and act accordingly. They just continue! How serious has that to be taken?

Actually all of the old board members and inner circle people are responsible as well. One of those is Kimeberly Poppe. She has a webside and she don’t mention she was very close to him and or to Rigpa, she was always present at his teachings (when I attended them at that time. She wrote course materials  about meditation and gave meditation lessons for the Rigpa Sangha. When you visit her website now she don’t mention him at all! Only in general terms ‘studied with Tibetan masters. She could be also a victim of his sexual misconduct most likley and that is very sad, or she just knew and don’t wat to be associated with him because she give her own meditation courses. They (old inner circle members) knew what was going on. Also Patrick Gaffney one of the co-founders of Rigpa. Is he presucuted? He definiltey know how Sogyal was. Its seems to me he should be taken in account as well.

Also the Dalai Lama knew but keep on supporting Sogyal till 2017. I really don’t understand this. Isn’t it written in their teachings that realization is visable in the way people act? And how they apply the teachings? Like in many other religions hypocrisy is still going on mixed with power games and lust for money. To drain their members like vampires. In resources but also mentally. Inducing false believes brainwash them etc. Lakar was really good at group hypnosis and he knew how to apply this all the time. Human beings are venerable for this and therefore its important to have knowledge about those mechanisms.

So be warned about those charlatans.

This is a new Trance composition I made. Its contributed to the Great spirit. Its a nice piece to do trance work and or visions quest.

Important note: all instruments are real instruments I played myself. Till the tiniest details of shakers. No samples from instruments are used. Only the church bells and the nature sounds are samples. I played those instruments live and most of the flute melodies came to me spontaneously when I was in a trance state. They just evolved during playing. 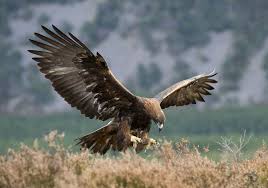 A new piece of music I made and I dedicated it to the Moon. Thursday it’s full Moon. This music can be used as a vision quest/ trance work in the realm of the Moon. All instruments are played by myself. No samples are used. Real rattles, shakers , drums/ Djembee and flute. I played it on intuition in a trance state myself. Ejoy! 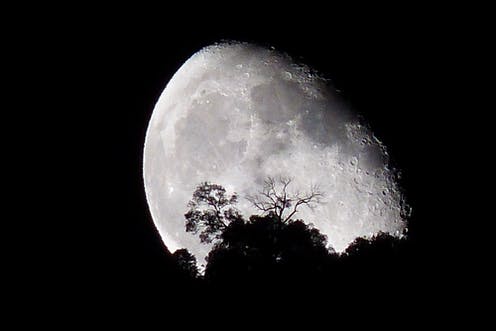 Some of you know I love to play guitar. Here is a recoding of a solo on a backing track.