As many alchemist know these days there are several paths that claimed to be leading to the Philosopher’s Stone. Like the Dew Path, Acetate Path, Vitriol Path etc, etc. One of them is also the ‘Cinnabar Path’ also called the path of the ‘Red Dragon’. One of the famous books about this subject that made it from underground to more commonly know Path is by the work of Roger Caro (—the Grandmaster of the French Rosicrucian Order F.A.R.+C.) , The complete Great Work Photographed. Its free on the internet but there is also a very nice hard copy of this book available from Lapis publications. For many of us those pictures shown about the process triggers curiosity about this Path and how to practice it. Also ‘The Via Cinnabaris’ is very useful but also not accurate for obvious reasons. Like many other publications about this Path its not complete and there is information circulating from the FAR+C. And all this information is like a jigsaw puzzle to connect al the pieces to get the information what is needed. Some say this path is a dead end others claim that it is a  very potent Path but also very dangerous.

I’m just in the process of studying and experimenting with parts of this Path to see how things are related and to tune in into the current of this path. Since I’m just a beginner on this Path and since I have to experiment to see how to connect the dots I cannot show much about the process. Obviously one of the basic ingredients is Cinnabar. Some say the best Cinnabar to use is from Spain. I have mine from Brazil bought on Ebay. Also the whole process of making the Salts is an art in its own. This is what I’m working on at the moment.

This is what is written by Roger Caro in the introduction.

We will surprise no one by saying that a great number of seekers have asked us for the photographs which should illustrate the Siphra Di Tzeniutha. These 40 pictures, announced at the end of the Dictionary of Alchemical Philosophy by Kamala-Jnana, fascinate the adepts of the Great Art. Today, placed in chronological order, they are a true feast for the eyes of an Alchemist; a symphony of colors marking now the dry way of the Great Work, for what a job to regroup and methodically reorder this heap of scattered films, and give each of these a caption both valuable and audible to the Children of Light.

Well, all that is no more than the past, a dark past, with neither glory or fame; a past made of sleepless nights, or of sleep troubled by a thought always in perpetual motion. This past lasted from 1961 to 1967 — six years of researches and readings — but in 9 months (thanks to our cards and notes) we had done all the spadework. Still, the light should illuminate the details only a great many months after, and progressively.

Today everything is in order. A college of 20 adepts, under the chairmanship of the venerable Imperator of the FAR+C, has willingly given its unanimous consent to the appearance of the present work — certainly a modest one given its bulk and the number of its pages, but so great and weighty with information.

May the Alchemical Temple of Ajunta see here our fraternal gratitude, for sincere seekers will find (thanks to this approbatur) a new source of information to master and in which to rejoice. What does it matter to us that a color plate (like those contained in the Dictionary) costs 75,000 old Francs altogether, and that there be 43 in the present work, since the hour is come to reveal that which is hidden.

This sovereign R+C missionary of 83 years (younger and more active than many young people) has said to us, “Go forward, do not let anything stop you”. His wish is an old order. The Complete Great Work Photographed is off the presses. May heaven thus accord its graces to the future 250 possessors of these plates. That too is our dearest wish.

And another quote form this work:

(….) “The Temple (if you be worthy of it) will teach you the entire theory, down to the finest details — but it will rest only with God to give you the practical, chemical success of the Great Work”(…) 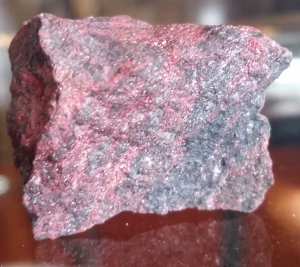